Routegadget is a Web application for drawing and comparing orienteering routes. The original version was developed by Jarkko Ryyppö in Finland in 2004 (or maybe even slightly earlier), and it was used by orienteering clubs around the world.

Routegadget 2 (RG2) was developed by Simon Errington in 2013 to use newly available web features and to overcome security limitations of the original Routegadget implementation. It is available as open source software and you can download the code for yourself from the RG2 Github repository. The majority of the functionality has been written by Simon Errington and James Errington, but RG2 also includes contributions from several other people.

Routegadget.co.uk was originally set up by Paul Frost to provide an easy way for clubs to use Routegadget. It is now run by Simon Errington. Each club gets a full installation of Routegadget which is kept up to date with the latest release. They just need to set up events using the provide manager interface.

How do I get my club on Routegadget.co.uk?​

Contact Simon if you would like your club to be included on Routegadget.co.uk. This service is free for clubs registered with the British Orienteering Federation. Clubs could make a donation to the Orienteering Foundation. 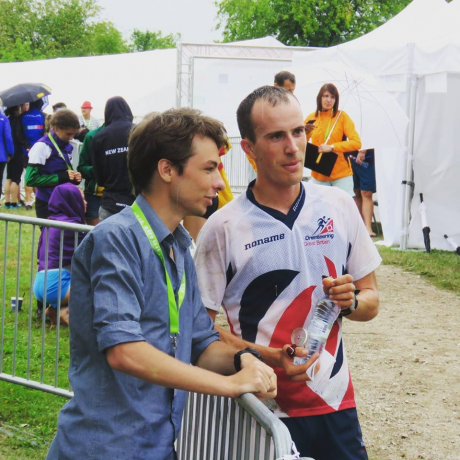